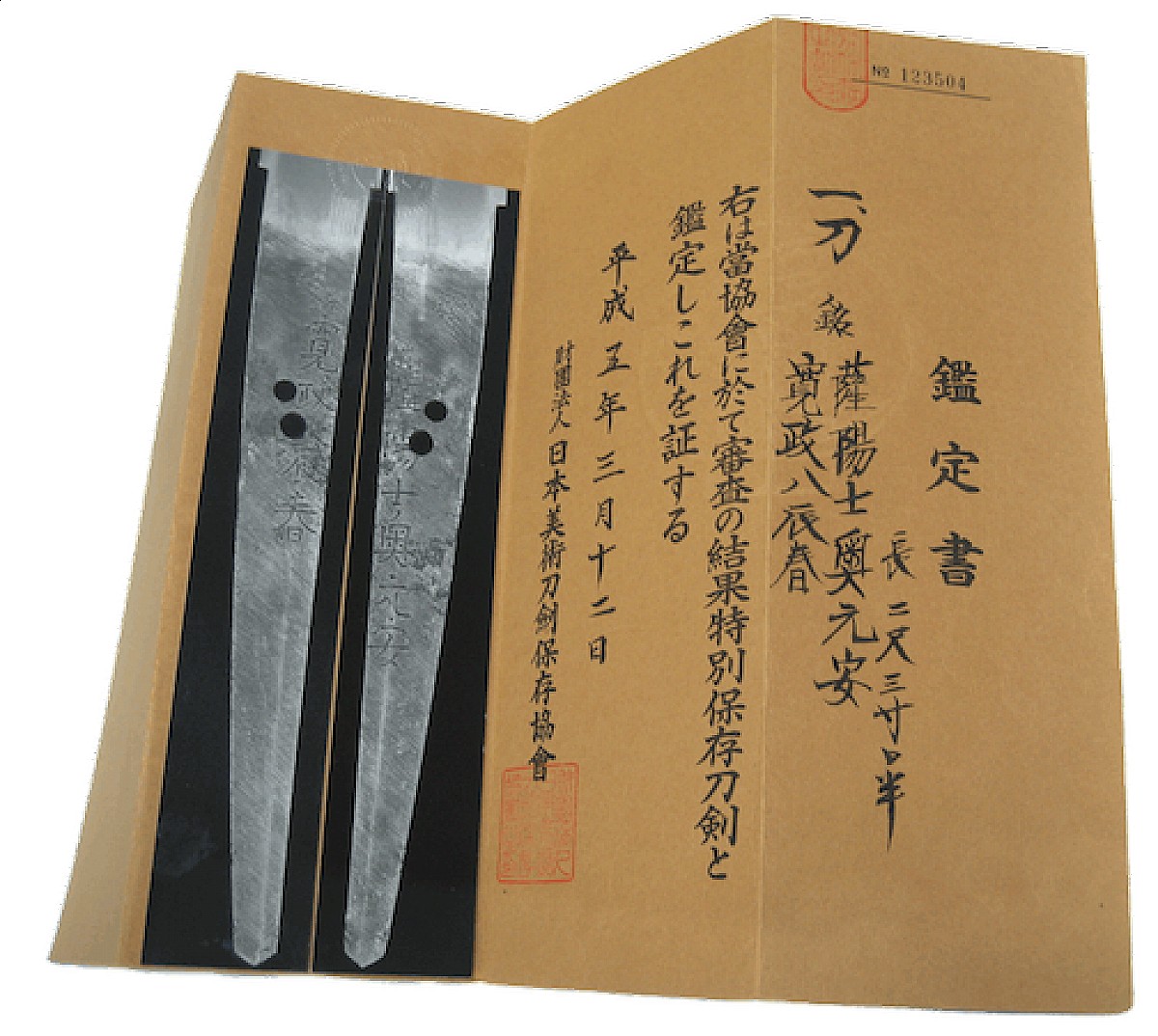 Satsuma Oku Motoyasu (薩摩奥元安) was born in 1758, he was named Oku Jirō ́emon (奥次郎右衛門) at birth. He was third son of Oku Motonao (元直) and younger brother of Motohira (元平) and Mototake (元武). Motohira was one of the best and famous Satsuma smiths and he worked in the Sōshū-Den. Motoyasu’s period of the artistic activity span years between Tenmei (天明, 1781-1789) and Bunsei (文政, 1818-1830) eras. Generally accepted that Motoyasu’s year of death is unknown. Lacking in this information looks very strange as the most smith from Shinshintō period are well documented. An example is the fact that the years of life of his older brothers are well known: Motohira (31.10.1744-13.07.1826) and Mototake (1748-1816). In our attempts to guess the years of Motoyasu’s life, we must proceed from his estimated date of birth in 1758 and from the last known dating of his works: the 4th year of the Bunsei era (文政,1821). We can find only an additional piece of information in Meikan that Motoyasu was great-grandson in 6th generation after Tadakiyo (忠清), who was founder and predecessor of Oku School of swordsmithing art named after his family name.

Motoyasu’s level of workmanship was very high and it is said that he was to his brother Motohira. At the same time, there is a lot of evidence that Motoyasu worked as an assistant to his brother, who at that time was a more famous and successful master producing gassaku and daimei swords. Motohira became the head of the Oku family in 11th of July, 1777, a little later in 1785 he received the right to sign his swords using the prefix «Sappan-shi» (薩藩臣, retainer of the Satsuma fief) and finally in the 1st of December, 1789 he received the honorary title Yamato no Kami (大和守). The close cooperation of the brothers is confirmed by the existence of a swords that was forged together, as evidenced by the following inscription made on the tang:

«Oku Yamato no Kami Taira Ason Motohira made this in cooperation with younger brother Motoyasu» (奥大和守朝臣元平与弟元安造之). This inscription one can find for example on the nakago of Jūyō Tōken #15, dated «on the 26th of December, 1799». 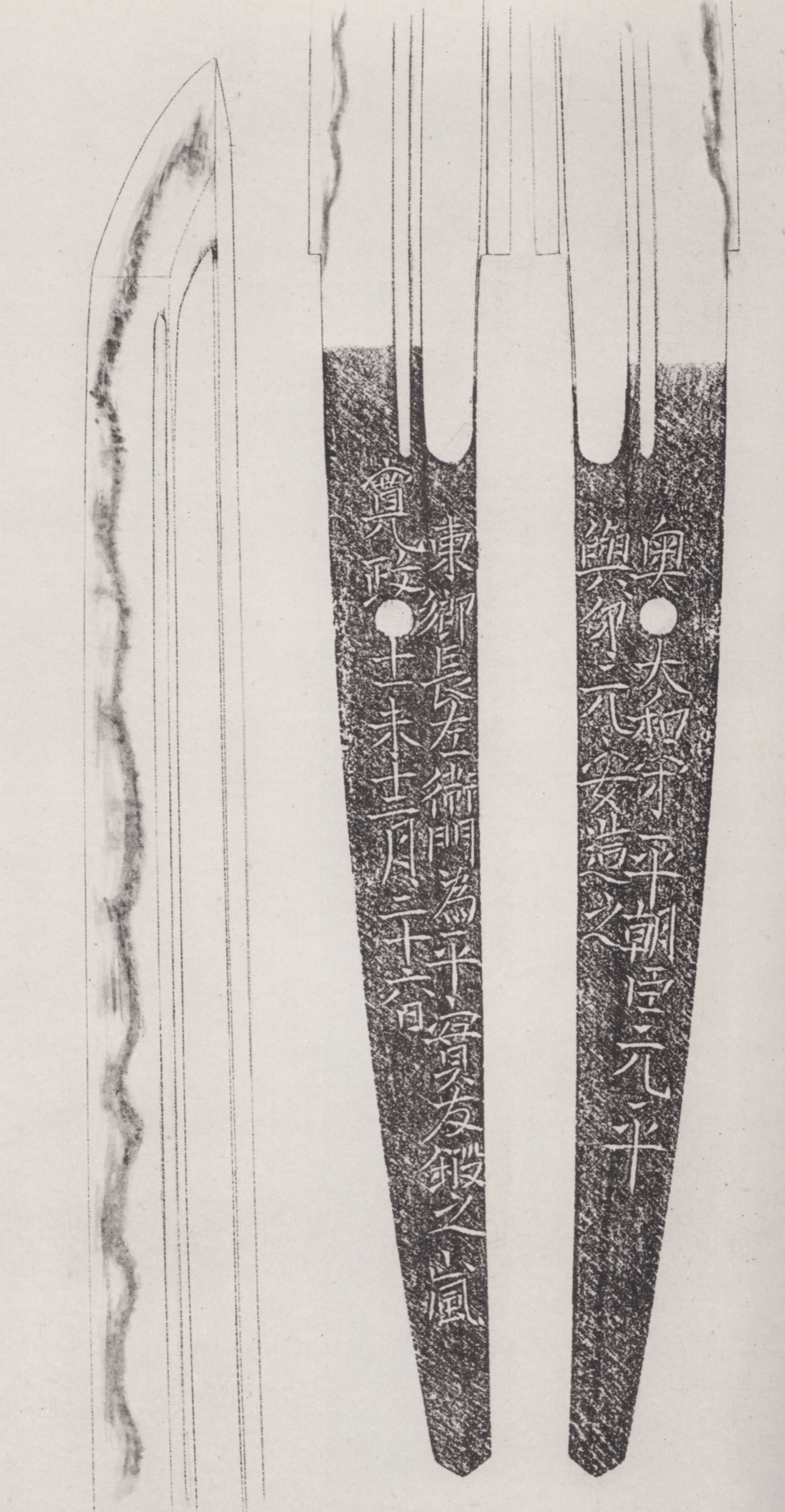 It is one of the most rare example of so-called gassaku (合作) work: sword which was forged in collaboration of two or more smith (father and son; teacher and disciple or smiths connected by mutual lineage).

Date of production: Made in 1796 in the year of the Dragon spring (寛政八辰春紀有之).

This sword was presented for exhibition by an American Collector specialised in Satsuma smithing art influenced by Sōshū-Den. Sword was in old polish and had a lot of uchiko scratches (as one can find on the photos before new polish). Owner decided to have it finally restored by Fujishiro Okisato. The polish life of this sword is very young as it still has ubu-ha (生ぶ刃, original, virgin ha; unsharpened area located a few centimetres from the ha-machi).

Fujishiro san thinks this is the 3rd polish of its life since it was made in 1796 and because the steel was so hard and had to expend a lot of final stones to finish it. After the polishing was completed, owner had the sword sent to Tanobe Sensei who being from Kagoshima prefecture (old Satsuma province) delighted in making this very long sayagaki.

The translation of the sayagaki is as follows:

六字銘与 There is a six letter signature inscribed.

寛政八辰春紀有之 Made in 1796 in the year of the dragon spring.

動勢ニ富ム尖互乃目主調ノ闊達ナ乱刃ヲ焼キ Hamon is togari gunome and there is much activity.

作風様式ガ元平ニ近似シ出来宜矣 This work is very good and approaches the standard of his older brother Motohira.

Thanks to the efforts of Fujishiro san, the sword got its original appearance and now looks as if it had recently left the forge and the polisher’s workshop. This can be easily seen by watching a short video that follows: 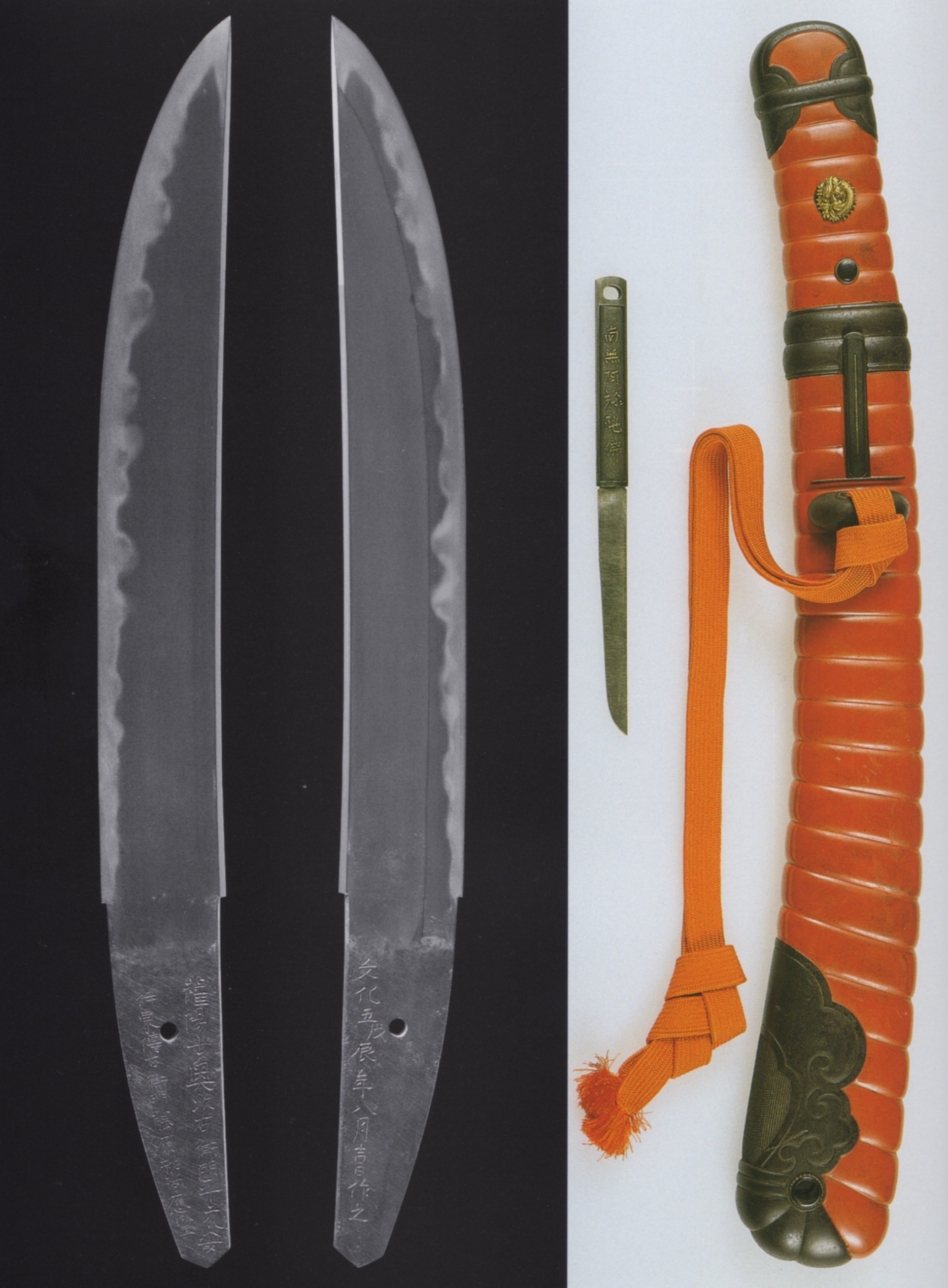